“I have plenty of white salt in my kitchen, but what is black salt? What difference can it make?”

The above question might have popped in your mind when you were skimming through recipes or your favorite food, and there you see “black salt.” So, does black salt make any difference in the taste, or is it just overrated? Does it have any side effects on our health? If you have been exploring the black salt and just landed on our blog, you must already have these questions in your mind. So, let’s dive in together to uncover the details of the black salt. 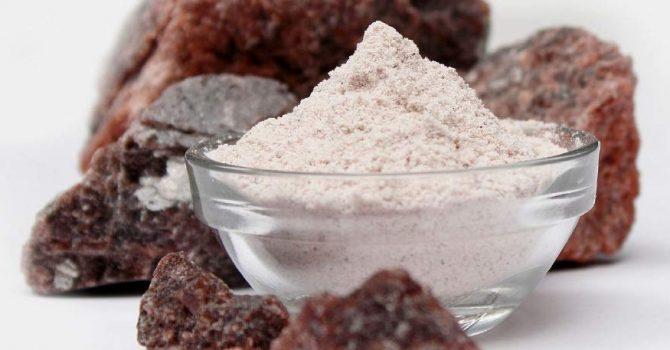 Before diving deeper into black salt and its properties, we need to know that black salt comes from different parts of the world in different varieties (below, we will be discussing all four variations). Some of them are named after their place of origin as well. Hawaii black salt has its background in Hawaii, Pacific Ocean. Salt is harvested from the island and evaporated until it crystallizes as black salt. Similarly, Cyprus black salt has its origin in the Cypriot coast of the Mediterranean Sea. After harvesting from the sea, the harvester mixes the salt with activated charcoal. The other type, Indian black salt, has its origin in the Himalayan range of Asia. The salt is extracted from volcanic mines.

People mostly use black salt for spicing up the food. Its magic on the food is overwhelming. You just add a pinch of salt, and there you get an incredible difference in the taste. It is the king of the kitchen. It blends in the food so perfectly that you keep wondering why you were unknown about its usages. Not just foods, black salts add magic to the drinks as well. You can try it with cocktails or fruit juice and notice how it enhances the taste. Because of its beautiful texture and color, black salt can give a very beautiful touchup for your dish. It makes food look prettier and tastier. Black salt tastes salty and a little sour as well. Its taste is a little different from regular white salt. The distinctive feeling of the salt is due to the presence of sulfur in its chemical composition. Some people also compare the black salt taste with that of hard-boiled egg yolk. In a nutshell, it has a fantastic flavor that adds majestic taste to any food.

Black salt is not black in real! 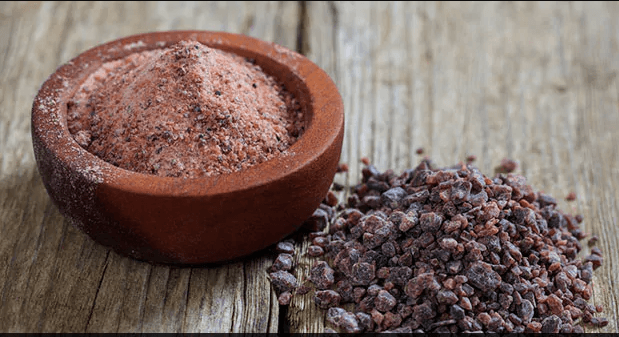 While the Cyprus and Hawaii black salts are black, Indian black salt is not exactly black. It has a brownish pink color. The presence of sulfur compounds in the salt is responsible for its different shades.

The presence of sulfur in the salt makes its smell a little loud and distinctive. Some people find its smell quite annoying. People often describe it to have a mild pungent smell, almost similar to rotten eggs. But it differs from person to person what they feel they smell. Once added to the food, its smell gradually vanishes, and the smell won’t remain that strong. 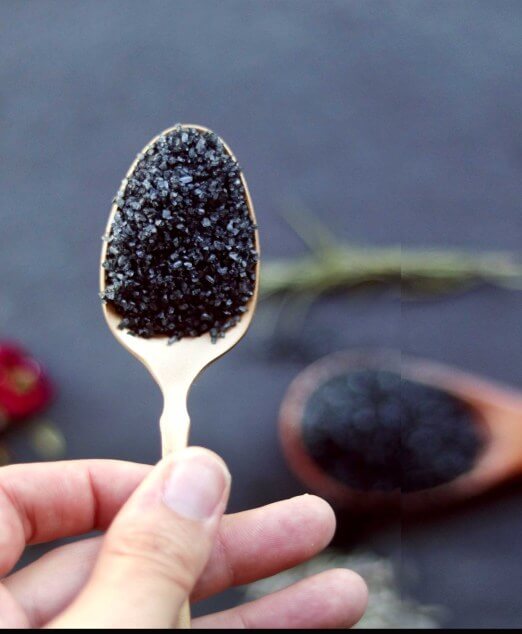 Black salt is available in four different types, Cyprus Black Flake, Hawaiian Black Lava, Indian Black, and Black Ritual salt. All of them have their unique value and uses. Let’s have a look at each of them.

As the name suggests, Cyprus black salt is harvested from the Cypriot coast of the Mediterranean Sea. After harvesting, combining the salt with carbon, extracted from the charcoal of softwoods is done. These softwoods generally include linden, birch, and willow. Mixing of the Cyprus black salt with activated charcoal is the primary reason behind its detoxification property. It is very crunchy and has a shape like that of a pyramid. Its texture is unique and exotic. Cyprus Black flake is supposed to have many health benefits as well. 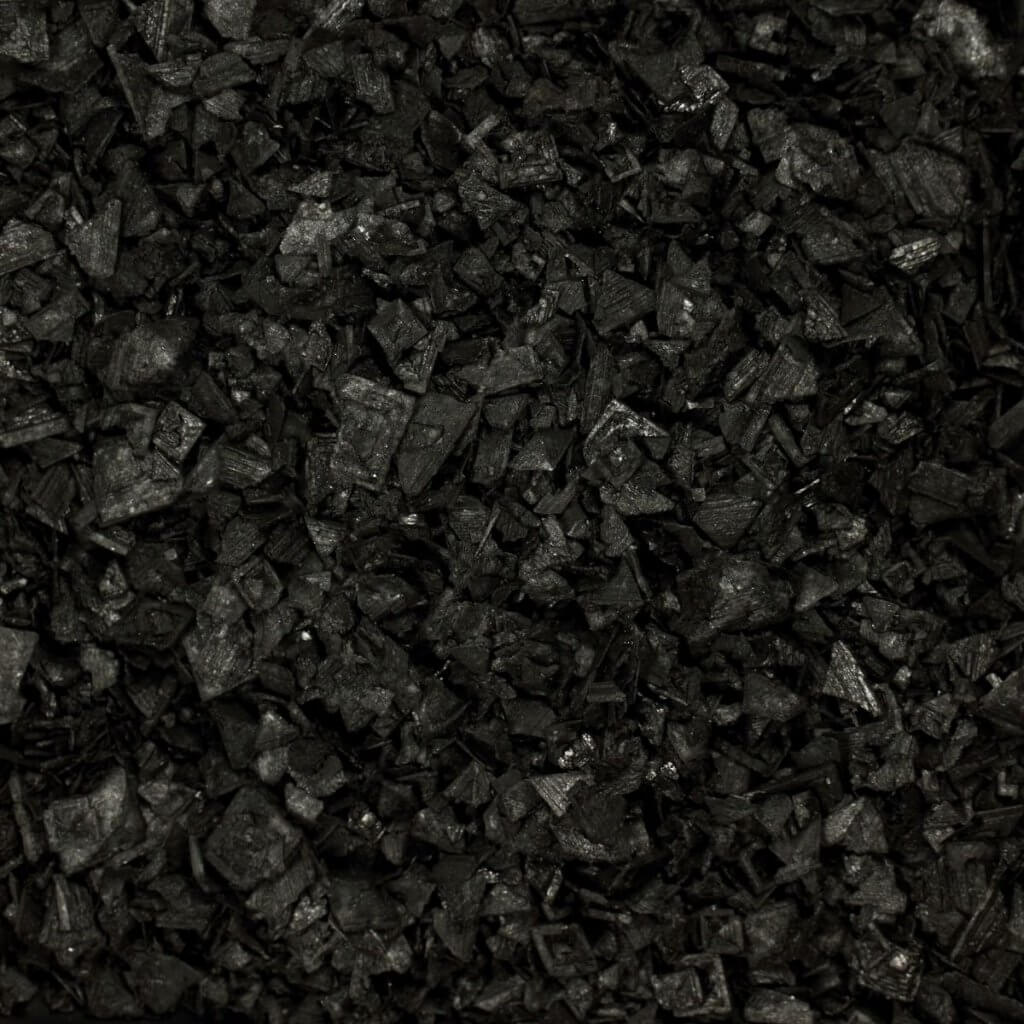 During the crystallization of Cyprus Black Flake, it gains a pyramidal shape. Because of its seductive way, and perfect black color, it is used for giving a finishing touch for foods. It adds mouthwatering taste exceptionally in meat, roasted vegetables, and sashimi. It also adds a great flavor to homemade bread and pretzels. Not just this, its outstanding earthy flavor is perfect to be enjoyed with even tomatoes, cucumber, fruits, and fresh vegetables.

Not just food, you can even try it with your margarita. Only provide a small coating of Cyprus salt around the edge of your cocktail glass and see the magic happen when you take your sips—never tried before? Well, try it right now, and you can thank me later for this.

Hawaiian Black salt is harvested from the Hawaiian Islands, which are surrounded by the Pacific Ocean. It has a majestic black color. It is then mixed with activated charcoal, which is extracted from coconut shells, which is mainly responsible for its bold black color. Its richness in taste makes it a unique and adventurous possession of any chef’s kitchen. It is much closer to Cyprian Salt in color and crunchier in texture. It has its uniqueness and glamor to be cherished. 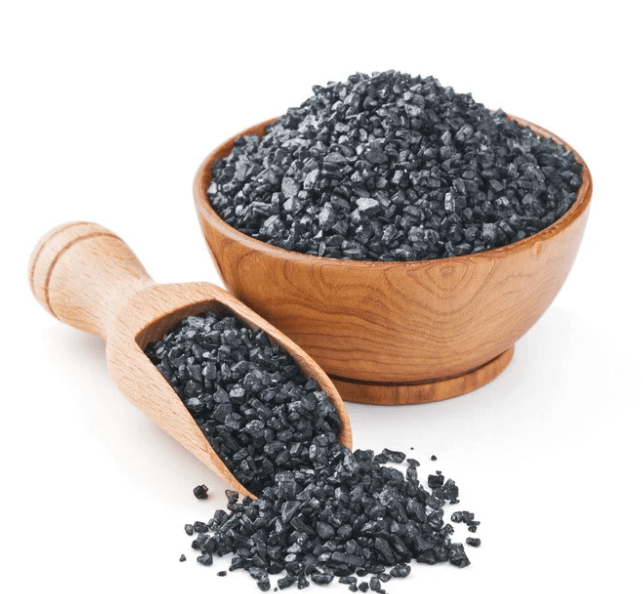 Hawaiian salt is also popularly used for providing finishing touch to foods. Like Cyprian salt, its earthy flavor provides a divine taste on fish and meat. It gives a fantastic feeling when eaten with pork. People also pair it with fruits, sashimi, potatoes, and popcorn. Without a doubt, it equally provides a great flavor to the cocktails as well. Hawaiian is without any doubts a must-have in the kitchen.

Indian Black salt is obtained from crushed Indian volcanic rock salt. In ancient times, people extracted if from the volcanic mines of different parts in India and Pakistan. Interestingly, Black Indian salt is a misnomer. Unlike its name, which suggests it have a black color, it instead has a lovely pinkish brown color. The presence of iron sulfide in the salt is the main reason behind its pinkish color. 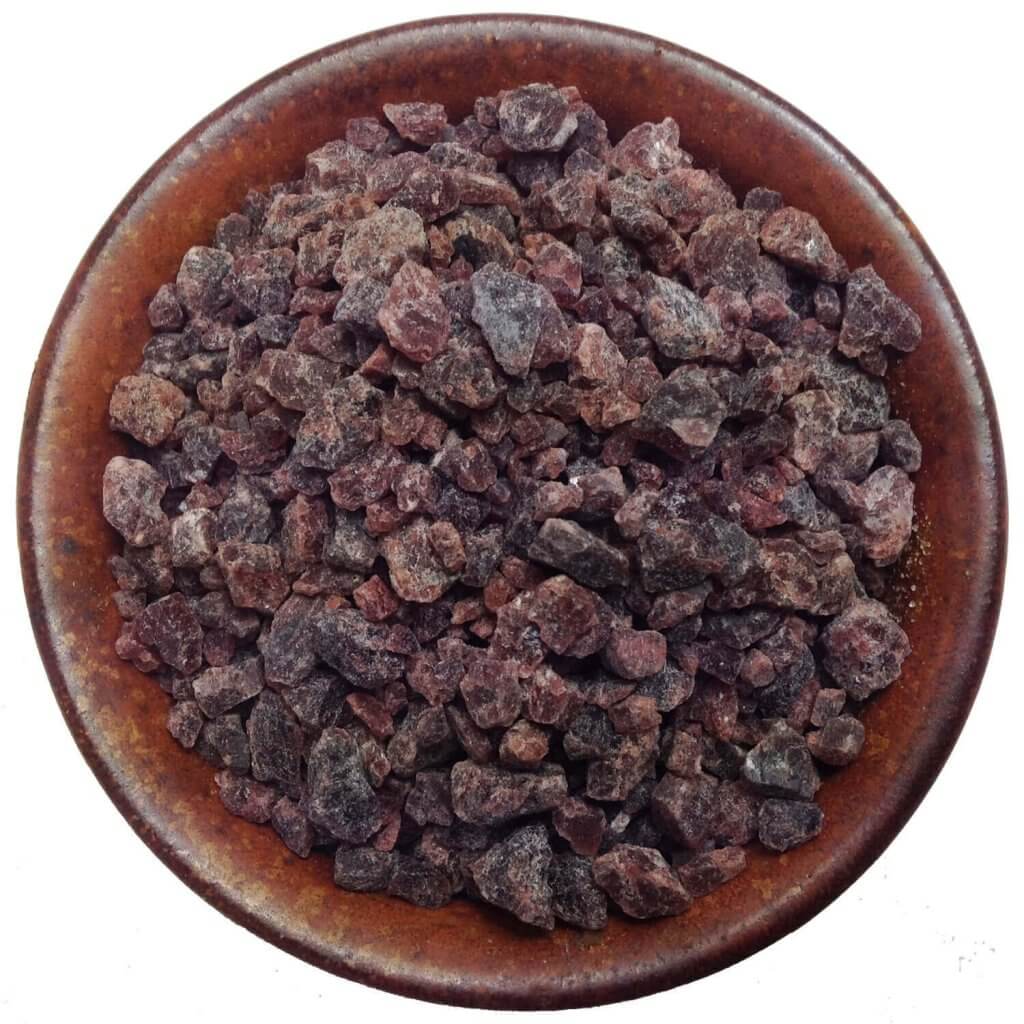 Mostly in Asian countries ( India, Nepal, and Pakistan are popular among them), especially those surrounding the Himalayan range, people have been consuming the black salt for ages. Since the extraction of this salt happens in the Himalayas, it is highly renowned as Himalayan black salt. It is popularly known as Kala Namak in Hindi and Bire Nun in Nepali. People believe that the Himalayas protect the salt, and hence, the Himalayan black salt is considered to be the purest salt on the earth. This salt has a distinctive savory flavor of eggs and tastes mildly sour.

Some people might find the smell of Indian black salt a little odd, but it magically blends once in food. The taste covers all the faults of Indian black salt regarding its smell. It adds such an unreplicable flavor to the food that it is not missed in any dishes in Asian countries despite its smell. It is totally unordinary and only the one who has tasted it can understand this fact. The black salt is included everywhere, from chutneys to chaat (Indian foods). People love to have it in their salads, vegetables, and fruits and fit just perfectly in almost all the dishes. You can also mix it with your fruit juice and make a great drink. It’s a perfect thing anyone’s kitchen can have.

Black ritual salt is not supposed for eating purposes; instead, it holds its importance in various rites and processes. Often this salt is used for driving evils and negative energy away. People often use it for purification and protection. People believe it to have a magical value. This salt is of great importance, mostly in HooDoo and Santeria. People mostly use it when they want to drive off negative entities and people away from their homes or prevent them from returning.

Benefits vs. side effects of black salt 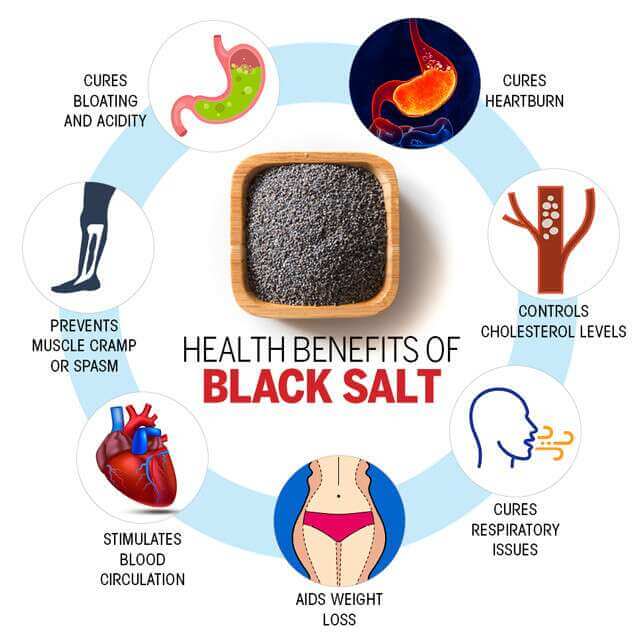 Black salt has its use since ancient times. Specially Indian black salt, which was identified by Charaka, the father of Ayurvedic medicine, possesses more considerable medical significance. Black salt has a therapeutic advantage. People often seem to use it whenever they encounter any sorts of digestive problems. The black salt is also known to be the right solution for poor eyesight and hysteria. Since the sodium content of black salt is lesser than usual white salt, people with high blood pressure can replace it in their regular diets. But it’s essential to consult proper medical personnel in case of any health abnormalities.

Side effects of black salt

Since black salt contains fluoride in high amounts, doctors don’t recommend to intake the black salt regularly. Although fluoride is beneficial for teeth and bone, it’s over deposition in the body is considered harmful. Unnecessary consumption and accumulation of fluorides can cause fluoride toxicity. However, taking black salt in a minimal amount for flavors will not harm until you start its overconsumption.

Where can you use black salt?

Dishes where you can use black salt

Black salts have their excessive use in Indian foods. You can use black salt on both vegetarian and non-vegetarian diets. Even vegans use it to substitute the egg flavors in their feeds. The main dishes that go well with black salt include meat and fish. You can add it to omelets, cheese and egg dishes as well. Mixing black salt with olive oil and vinegar can be done to dress salads. We can simply sprinkle it over strawberries, pineapples, watermelon, or any other fruits before eating. It can also be added as an ingredient while preparing stews, marinades, stocks, soups, and sauces. Simply add to your mashed potatoes, and a tasty snack is ready or just uses it for dips and cold appetizers. Black salt has a never-ending list of dishes where we can use it. These are very generic dishes I have listed above. You can give it a try to different recipes and find out oneself where it is the best fit for your life or not.

Methods of using black salt in your dish 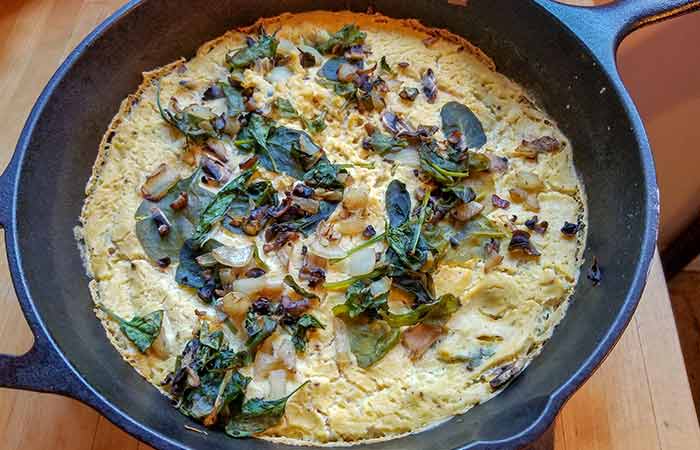 When it comes to food, Black salt is a fantastic ingredient. The black salt usages can make a long list in the kitchen. It can turn any plain and ordinary dish into a lavish feast. It is an ideal ingredient for cooking and seasoning. The uniqueness of this gourmet salt magically glorifies the taste of any food. The bold flavor black salt sufficiently offers a unique taste in foods. And its dramatic color is just a perfect thing to use for providing the finishing touch to any dishes. Not only cooking, but we can also use black salts on drinks. It articulately offers soothing rimmers for drinks. There are a lot of things you can expect from this intriguing salt when it comes to making delicious food.

Cost and places where you can buy black salt 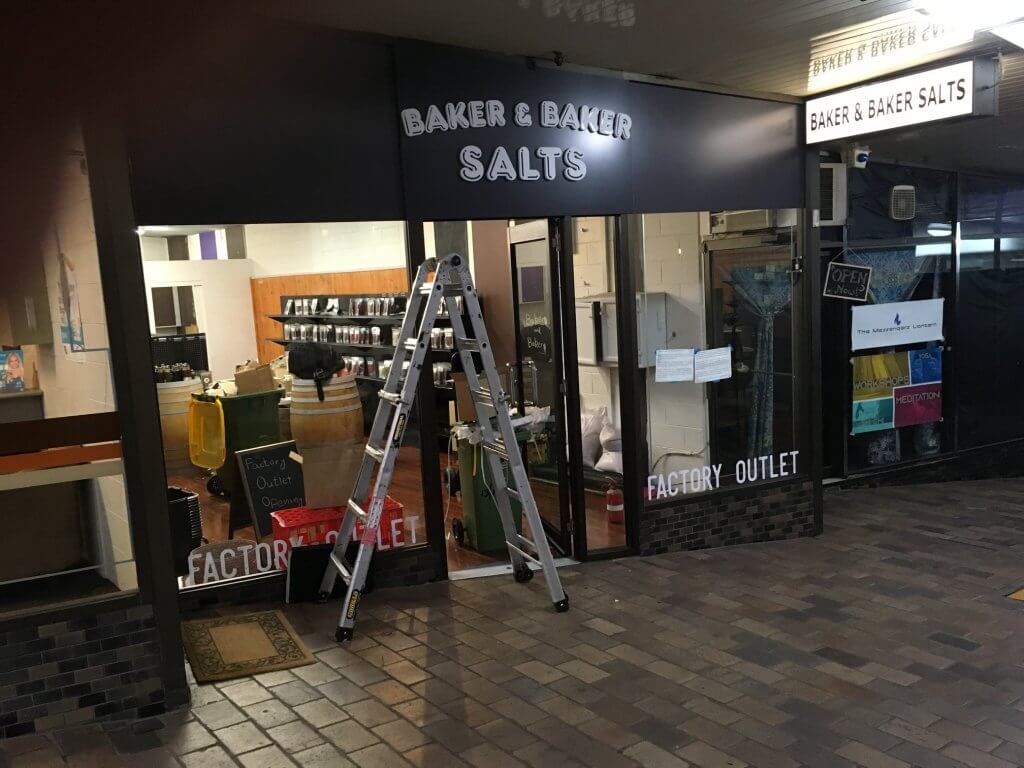 Different places offer different rates of black salt. The price differs in quality and quantity. A small bottle of black salt can generally cost (about 100g) at an average of $10 according to my personal experience. You need to check the company and the quantity you are buying. Better check different online stores for the price. We can find black salt in various online stores like amazon, Bakersalts, Woolworths, IGA, etc. Some of these places sell the best quality. You can check the details of prices on their websites.